There are several places from which I gleefully accumulated books from this month. I’m supposed to be sticking to a budget and I did okay, but it was less ‘sticking’ and more ‘oh look how far over I’ve gone’. Between that troublesome second hand book stall at uni, another second hand book shop that I found when I went gallivanting south of the river (aka, drove very far away for some pizza), and attended a special night for promoting new releases as a bookstore called Boffins. Then of course there are the e-book shenanigans that I’ve been up to – so you might want to go make yourself a cup of tea and come back.

I think all things considered I managed to snatch some most excellent bargains and have come away with a wonderfully magnificent haul of books. I can’t wait to hire out some eyeballs so that I can read this all at one go and super fast (life goals, right?). In truth, I’ve accumulated a terrifying amount of books this month but I can’t say that I regret it. I won’t be buying any book in May as it’s my birthday month and my rule of thumb is that I don’t buy books in May and December as they’re the months I receive books as gifts. And I’m not sure if I’ll be buying any in June either – I leave for England at the end of June and I will be buying books there, so I might hold off. We’ll see.

From the Uni Bookstall of Oops There Goes My Money

ME: I won’t look. I will NOT look at all the beautiful books.
BOOKS: loook at usssss
ME: I won’t. I won’t. iwontiwontiwontiwont.
BOOKS: but we’re beauuutifuuul
ME: No I- *sees Doctor Who books*

ME: *throws money away and takes book*.

I mean really, how was I meant to resist a cheap Doctor Who? Doctor Who is life. Truly.

From the Second Hand Bookstore in Fremantle

This beautiful second hand bookstore was FABULOUS. I hardly ever travel down to Fremantle (or Freo, as everyone calls it) because it’s over an hour’s drive away for me – so not a regular haunt for the recluse that is myself. However, it really is stunning and here are some pictures of the bookshelves that I took of it. If you ever find yourself in this neck of the woods then I recommend having a wander over and seeing what books Bill has in.

The Tales of Beedle the Bard by J. K. Rowling

I didn’t have a copy of this one myself which is ridiculous. I really need to get on to reading the Hogwarts Library because how can I call myself a Potterhead if I haven’t read ALL the material?!

I’ve had my eye on this one for a while, so when I saw a dashing hardback in the second hand store for cheap I leapt at it with the eagerness of a child because AHH HOW EXCITING. I have very high expectations for this one because it looks so awesome.

I was then justly pleased with myself when I saw a nice hardback copy of this one, too. I recently bought the boxed set of the first three books in this series thinking that it was just a trilogy. You can imagine my frustration when I discovered it was not. But now it’s complete! And I will be able to marathon the series in peace when I choose to do so.

From the Boffins Event

On the 21st of April Boffins Bookstore held a YA New Release night where the two lovely ladies who run the YA book club there gave a presentation about up and coming books and convinced us why we need to preorder them. I’m so excited for the books coming out over the next few months and the whole night was fabulous.

But of course, it meant I had to be in a bookstore and we all know how that story ends. There was 25% off fiction for the night as well – so you betcha I bought a bundle of books!

The Heir by Kiera Cass

This was the definition of an on the moment decision. I’m up to The One in this series but I figured when I’m given the opportunity to get books cheap I should take it. So now I’ll be able to read the last two books that are out back-to-back and be up to date with the series WHICH IS EXCITING.

FINALLY. I finally own Cinder and can find out what all the hype is about. It’s completely ridiculous that I haven’t read this series yet but this was the perfect opportunity to pick it up. Hopefully I will get around to it soon!

I’ve had my eye on this book for a looong time. For starters, the cover game is strong here. But this is all about WWII if women were conscripted to fight as well. This is 100% going to be an awesome read and I can’t wait. It’s lovely and chunky too!

If I Should Die by Amy Plum

If you’ve been here for a while you’ll know that I have a deep obsession with Amy Plum’s books. I cannot even express enough how much you should be reading this series. So far I have loved it to bits and I’ve been hanging out to buy this one so badly! And now it’s finally in my hands!!! Let’s finish this series *puts goggles on in serious manner*.

Ten Thousand Skies Above You by Claudia Gray

Because of course I’ll be continuing this series. I recently read the book, A Thousand Pieces of You, and wow – talk about killer plot twists. So I’m definitely ready to jump back into this series and find out what happens next. And also drool over the cover.

This is Where the World End by Amy Zhang

This came as part of the YA Chronicles’ April box and I’m really intrigued to read this one. It’s about two girls whose friendship is more than people think, or something along those lines. I think it’s really going to grip me from beginning to end.

A little while back the biannual Young Adult Scavenger Hunt was on (hosted by Colleen Houck – I KNOW). So of course I participated in this – if you didn’t know, Houck is basically my favourite author (aside from good ol’ J.K.). YASH is a really cool event where tonnes and tonnes of books are given away. There are over one hundred authors who participate and they’re all on teams – and many do giveaways, which is where I won these books from. This is a complete trilogy by the lovely Janet Lee Carey and it’s about DRAGONS. So you can all probably guess how very overexcited I am.

In the Time of Dragon Moon by Janet L. Carey 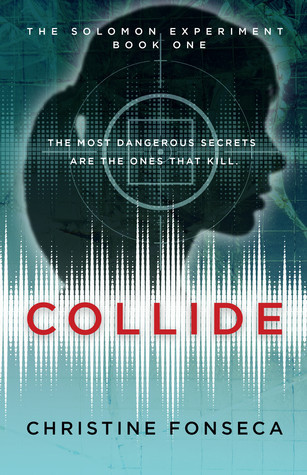 I then won a copy of this e-book from Christine Fonseca which I am very excited about. I think and hope that this one is going to be a real pager turner and I can’t wait to sit down and start reading it.

The Ones That Aren’t For Me

As I did in March, I thought I’d show you the books that I bought for other people. This month was both my sister and my brother’s birthday – however you saw the books I bought for my brother in the last haul. Surprisingly (not) I bought my sister books too and these are what I got her:

The Last Kingdom by Bernard Cornwell

This one is about medieval Britain and follows the story of a boy who takes us on an interesting journey where meet Vikings and get to galavant through an interesting time in England.

This is a really popular historical fiction novel that explores the story of Henry VIII and the world and how it was around this time.

Salt to the Sea by Ruta Sepetys

This has been a wildly popular release in 2016 and is about the largest naval disaster in the history of the known world. It follows the refugees escaping war-torn Europe during WWII on a ship doomed to sink – a catastrophe that would result in the death of over 9,000 people.

And there we have it – my book haul for April. I think I received and bought quite a good and large number of books this month and I’m so excited about all of them. Brace yourself for May though, I think next month is going to be a doozy for books – especially as it is my birthday month! And what better an excuse to buy yourself books than your birthday?

(And let’s not even get me started on the fact that A Court of Mist and Fury is coming out at the beginning of May either).