HELLO. I’m back with another TTT because they’re so much fun! Top Ten Tuesday is a weekly meme hosted over @ The Broke and the Bookish and each week there’s a different theme that we get to make a list about featuring ten related books. It’s so much fun and the topics are always great! It’s also a fabulous way to learn more about people’s reading adventures and I recommend heading over to the official page to do some exploring through the link up.

Ten Books On My Autumn TBR

Which is a nice and easy one. EXCEPT. I don’t make TBRs. But don’t worry, don’t worry, I’m going to do one this time seeing as it’s only ten books for a whole season but don’t expect me to stick to it. I have a very short attention span with these things and love to make lists and lists of what I’ll read next and then A BUTTERFLY and I change my mind. So as a general rule I just don’t shackle myself down to a set reading schedule. SO. This list is going to be a rough guess and the top ten books that I’m keen to read during AUTUMN (because, Southern Hemisphere) either because I need to, I want to, or I fancy myself curled up with a cup of tea with them. (Isn’t colder weather just the best for feeling fancy and snuggled with a book? Yes. Yes it is).

In fact, whilst I’m rambling, let’s explain where I’ll be at time-wise during Autumn. For those of you that aren’t good with months, Autumn (or your Spring) will be March, April, and May. AND I’M GUNNA BE BUSY. That’s right through the semester for uni for me and May is a real clincher being the end of the semester, and, of course, my birthday month. Not to mention I’ve got a whole bunch of planning to do for my trip to TeaLand (England) in July. The short story is that I’m ambitiously going to say I’ll read ten books a month and realistically say expect me to read three. As long as I get to be fancy and take a picture of me wearing long fluffy socks with a cup of tea to put on Tumblr, everything will OKAY.

Why haven’t I read this? I honestly don’t even know. This is actually one of my challenge books for the #RockMyTBR challenge this year so I’m hoping I’ll get around to this this month (March). I know I’ll love it but I just, for whatever reason, have been procrastinating picking it up. It doesn’t make any sense to me either, don’t worry. I WILL READ THIS, I PROMISE.

A Clash of Kings by George R. R. Martin

This is another book that I’m planning on starting in March. I’ll probably finish it in May, though, because it’s bigger than an elephant. I keep tying myself down with read-a-thons though, so I keep having to push this back a bit. But I’m super keen to continue with the series because it’s just so good omg. Do I watch the TV show? No. Will I? Maybe.

The Book Thief by Markus Zusak 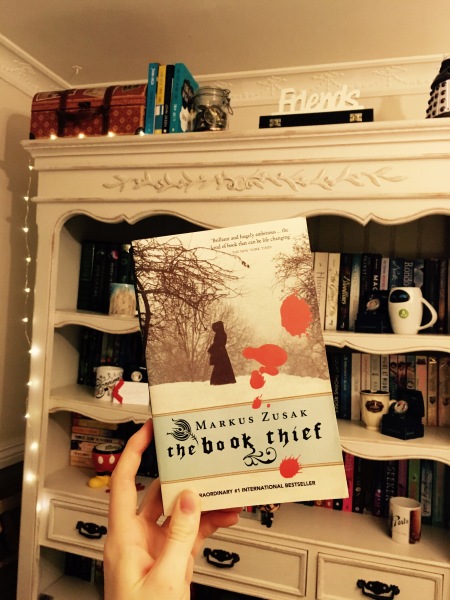 My excuse for not having read this one is that *I* don’t technically own a copy – my sister does. But I’ve made the first step of going all Nancy Drew and stealing it from her room to put on my bedside table as a firm reminder to my future self that I will love it and I should definitely get on to reading it. The movie d-e-s-t-r-o-y-e-d me. Seriously. I lost a part of my soul there. 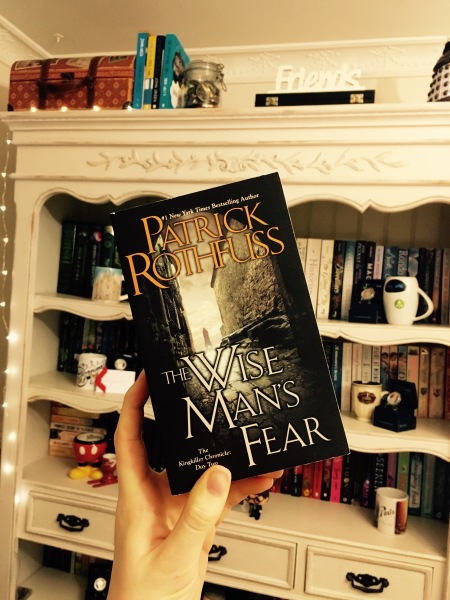 I don’t know what it is about this slightly cooler weather, but it makes me want to sink my teeth into some heavy fantasy (maybe because no-one can say “but the weather is nice outside”?). And seeing as I won’t be around for a chunk of winter when I would usually do such reading – seeing as I’ll be soaking up the sun in England . . . LOL  – I’ll just have to read it during exam period. You might be going EXAM PERIOD, WHAT ARE YOU THINKING KIRSTIE? But I actually find that a fabulous time to read long books because I take them slower and therefore don’t get so distracted reading 9288902 YA novels in one week.

Rebel of the Sands by Alwyn Hamilton 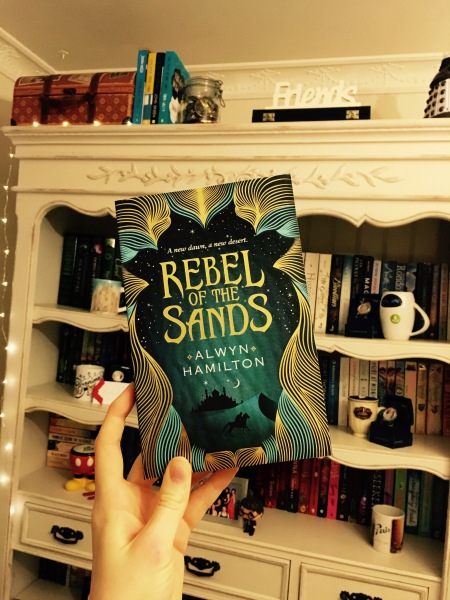 Speaking of YA . . . This was the book in the February YA Chronicles box (my unboxing) and I haven’t read it because of my read-a-thon addiction meaning I’ve had no time to. AND IT’S SO PRETTY. So that’s a very valid reason to definitely need to read this ASAP. It’s going to happen guys, I will make it happen. 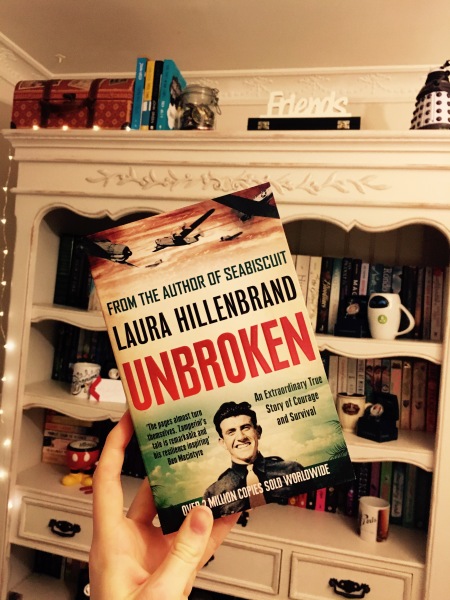 Semester time, as I mentioned before, will be a great time to sink into this. This is a big ass historical non-fiction book that you’ve probably seen the film of (or maybe not, maybe I’m the only sadistic person who loves these films. In a non-creepy way (it was directed by Angelina Jolie . . . just sayin’)). This was actually a Christmas gift so I can’t wait to read it and be even more emotionally destroyed than I already am. *flashbacks to The Railway Man*

This is a true war story about an olympic athlete who, whilst fighting in the war, gets caught and taken to a prisoner of war camp. 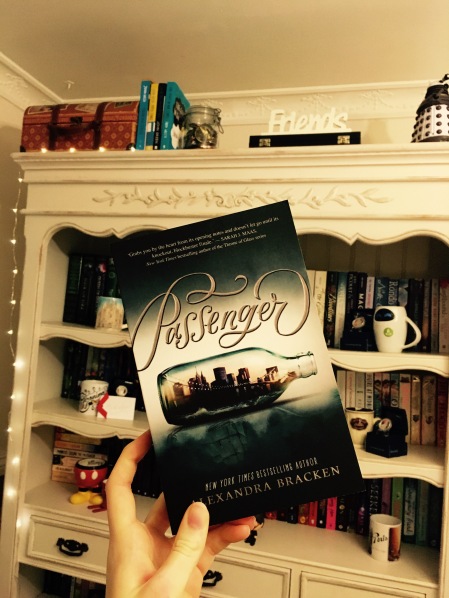 This actually falls under the same reason as Rebel of the Sands – it was the book in the January YA Chronicles box (my unboxing) and I managed to get severely distracted from reading it (I told you I’m no good at TBRs) so this is still on the uppity-up end of my TBR.

I bought the rest of this series (from this book onwards) during the holidays because up until this point I’d been borrowing them from a friend but then life happened and the whole exchange process was taking too long for my patience. So I bought them and then stared at them on my shelf for a month or so. You know the drill. ANYWAY. I love this series so much and I will almost definitely read this during a study break (one week off uni somewhere in the middle of a semester) because that’s a fun thing to do instead of writing my many research essays (I have to do one in Italian this semester, guys. Send help).

Sense and Sensibility by Jane Austen

Because this is happening. The movie adaptation of this with Alan Rickman, Hugh Grant, Kate Winslet, Emma Thompson, etc, (*dies of too-many-good-actors-in-one-space*) is one of my all time favourite movies. It also sparked my weird obsession with Alan Rickman (I’m not the only one, you know you loved him in that weirdly not age appropriate way). But I haven’t read it yet because Pride and Prejudice scarred my Austen reading experience. IT. WAS. NOT. FUN. But I want to read more classics before my holiday so I can do tours around the little museum houses and nod appreciatively at things.

Also, if you’re wondering why I have this delightfully hideous edition of it, it’s because I saw it at a secondhand book sale for roughly $1 so it was silly to not get it. But I will replace this with a much nicer version once I’ve read it. Fear not.

I’m actually hoping to tackle a few classics this Autumn, I told myself I’d read a bunch of classics in May (so not going to happen), namely, this, Vanity Fair, Tess of the D’Urbervilles, Oliver Twist, and Persuasion.

Maybe One Day by Melissa Kantor 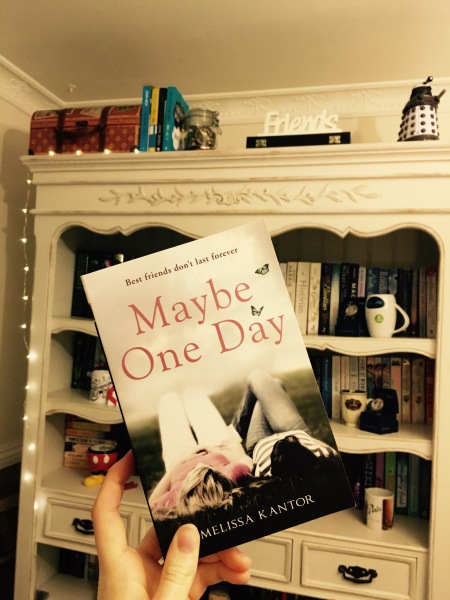 This is another of my challenge books for the #RockMyTBR challenge because it’s been on my shelf forever. I don’t even remember why I bought it. Or when. But I’m pretty sure I’m going to love it (in that, oh, did you want your heart? way). So chippity chop, time to read it Kirstie.

These lists are dangerous to make. I was actually really tempted to add on more books because my mind is like YES YOU CAN READ 439069 BOOKS IN THREE MONTHS. Obviously, I can’t. I’m not a Timelord with access to a TARDIS unfortunately, however hard I may wish. Let’s hope I get to these books because it would be awesome to tick them off my list – not to mention I’m super excited about them all!

What’s a book you’ve been meaning to read forever but just haven’t?

Also: if you have any words of encouragement regarding any of these books then LET ME KNOW. Help me stay on track!

19 thoughts on “Top Ten Tuesday: The One When I Make A TBR”