Once again, a very modest month of book buying. Mostly because hardly any buying was done (and publishers have been kind, letting me catch up on the enormous number of books I already have to read. That being said, I still have five books to show you today!

Somehow, I have two audiobooks to show you. I’m not quite sure how this has happened because I only buy one a month but *shrug* here we are. Let’s dive in!

The Good Thieves
by Katherine Rundell

This was the only book I received in July and I’ve already read it! I love Katherine Rundell, and I couldn’t have been more pleased that Bloomsbury sent a copy my way. I think I’ve read most of her books now, even though they’re middle-grade fiction. This was  fun and mystery/action-filled with some wonderful characters and a circus!

Daughter of the Pirate King
by Tricia Levenseller

There was a very specific reason for me buying this book. I was so close to getting a gold membership at my local bookstore and I just needed to buy one more book to do so. So, voila! I’ve had my eye on this beauty for quite some time because the title is intriguing and the plot sounds fun!

Soul of the Sword
by Julie Kagawa

I’m super excited to have bought this! This felt like my one genuine treat this month. It’s the sequel to Shadow of the Fox which I LOVED last year. This is probably one of my most anticipated releases for this year – so much so, that I don’t even want to read it because I want it to last. Which is ridiculous logic, but there we go. 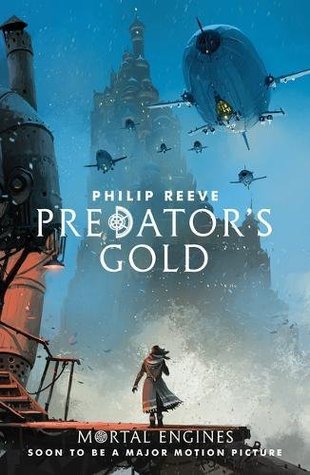 I listened to Mortal Engines, book one in this series, via audiobook and really enjoyed it! So I’m looking forward (when I eventually finished Outlander book five, which I’ve been stuck on for SO LONG – it’s 60 hours long) to reading this one and hoping it’s as good as the first!

I’m also itching to read this! SO many people have recommend Miller’s previous book, The Song of Achilles, to me but I’ve just never gotten around to picking up the book. That was why I decided to try the audiobook for this one. A retelling/reimagining of the Circe myth, I sure don’t want to miss out on this!