The Girl Who Drank the Moon by Kelly Barnhill 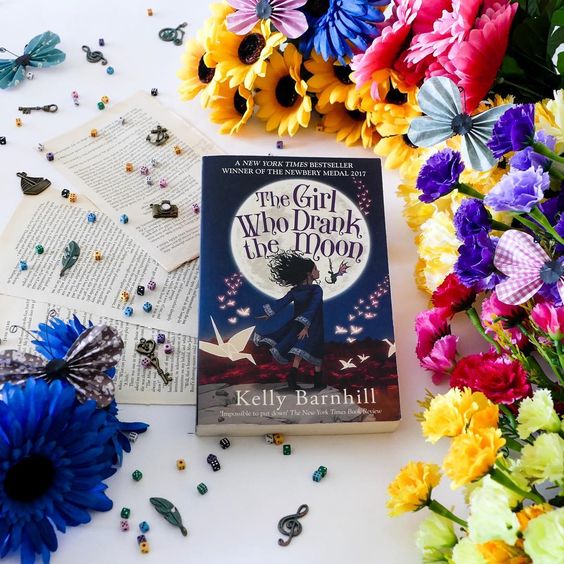 Thank you Allen & Unwin for sending me this in exchange for an honest review!

This is a really sweet children’s fantasy story. I admit it took me quite some time to get through as I found the writing style way too young for me, but nonetheless it was an enjoyable read. It’s a nice unique story with a good cast of characters AND there’s a dragon. So really, it’s ticking all the right boxes!

The Girl Who Drank the Moon

Okay finally! I’m here and ready to review this. It’s been several months (I’m not that far behind . . . what) but I’ve been mulling over my thoughts on this book just quietly in the back of my head. It wasn’t what I expected but I wasn’t exactly let down by it. I think I’d hoped there’d be a cooler dragon, I do love my dragons, but this was a cute dragon – to be fair.

ANYWAY. This is story of a witch who is thought to be evil. There’s a forest and on either side of it two towns (well, not just two but let’s think of it as town A and B). So town A, where this is set, thinks the witch is evil and in order to not accidentally unleash her mythical wrath they offer a child each year (I think? It’s been a while) and leave it in the forest for her to kill. Awful stuff.

Except this witch thinks they’re all idiots and takes the child each year across to the other side of the woods where they like her and gives the child to a family to raise. Everyone in town B is excessively happy and nice. She does this to give the child a better life not surrounded by the meanies running the place in town A. Along the way through the woods (which is really quite far) she feeds them on starlight. MAGIC PEOPLE. Except this time, she wasn’t paying attention and accidentally fed the child moonlight. #OhShit. The child therefore has a touch of magic and whoopsie-daisies that shouldn’t have happened.

So we flip-flop perspectives between the witch doing her thing and the people in town A. There’s a character there (a boy? why don’t I review these things sooner?) who doesn’t believe in sacrificing the children – PARTICULARLY because his own child *eventually* ends up on the menu, ahem, line. But the superstitious big wigs go – oh nonononono, boy, we shall do this. There are ulterior motives for this, too *wink wink nudge nudge*

So that’s essentially the plot line. The witch has two magical companions, one being a wise swamp monster and the other a very small dragon. It reads as children fiction but has some serious tones to it and I took a while to read it. I don’t really know why, but I don’t think it gripped me as much as I anticipated.

I liked the magic in this book. I liked the witch very much. I thought the concept of a village sacrificing a child to an “evil” witch and that really the witch rolls her eyes and rescues the child instead was funny and cool. I liked the added complexity of the sinister characters in village A and I liked the whimsical feel of the world.

Thoughts on the Characters

I liked the witch very much. I have said this. She was fun and old and cranky and magical and a hip grandma. She carried the story.

I cannot remember the main character’s name – the girl she feeds moonlight – and I feel like that says enough about how I felt about her. She wasn’t very inspiring? And despite being a child, she was unbearably childish. But then perhaps I was just in a particularly grumpy and anti-child mood. Who knows.

I was sorely disappointed by the dragon. I so wanted something fierce and wise like the dragon in the Merlin TV show. But the dragon . . . whose name I think started with an F? (???????) (I could look these things up) was small and whizzy (that’s a thing) and really sort of annoying. Wait, no his name DID start with F but I’ve realised why he annoyed me. I’m thinking of Figment – Disney’s character who you probably don’t know unless you’re American or a diehard fan (us yonder the sea did not get the TV shows with him in it . . . I don’t think – ANYWAY). I really don’t like Figment. He reminded me of Figment. There we go.

And there were some other interesting characters but that’s sort of all the important ones. Sort of. I can’t remember a lot of the others. I really should have reviewed this months ago.

Why I Wasn’t Blown Away

I think I’ve more of less answered this but whilst this was an enjoyable read and refreshingly young whilst still being a little like oh-my-the-unctuousness-of-these-people it just wasn’t what I thought it was going to be. I would’ve liked a little more development on the main character’s behalf and a scarier dragon.

I’d recommend this to some people and not others. I think if you go into this with the right expectations it’ll be a fun, fairy-tale read! I also think if you’re not so obsessed with dragons like I am you won’t have so much of a problem. One thing I’m definitely keen on, is reading more from this author – I’m eager to see more fantasy stories from her!! 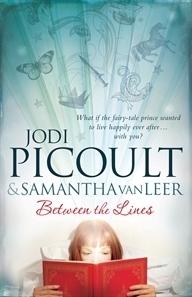 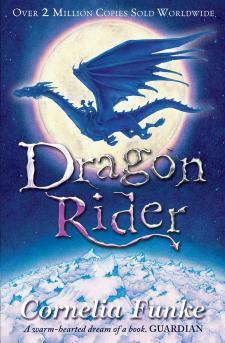 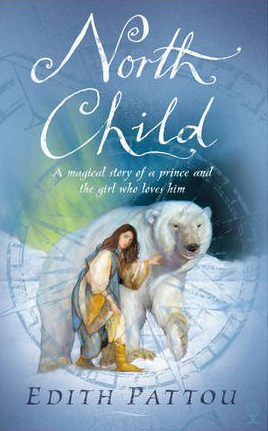 Have you read The Girl Who Drank the Moon? 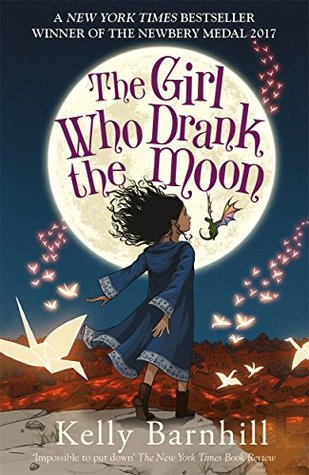