I might be somewhat late writing this post but oh boy am I excited to share November’s edition of the Dragon’s Hoard Box with you. This has been such a wonderful subscription company so I was devastated to find out last month that January 2017 will be the final box before the company ceases to continue! So if you’re wanting to get into the magic before it’s too late, make sure you order January’s box. The Dragon’s Hoard is an Australian based subscription company that is absolutely fabulous. They send out boxes monthly on an auto-renewing system. The box costs $30AUD per month (excluding shipping) and is a sci-fi/fantasy specialist (occasionally with some YA). The boxes include one book, not necessarily a new release and usually under 3K ratings (on Goodreads I presume), and 3-5 bookish goodies, with each box curated to a particular theme. The idea is to bring you something you probably haven’t seen before. Joyce, the owner of the company, had been teasing us ALL month (and through most of October, too) about how fabulous this box was going to be. It did not disappoint. I love everything that came in November’s edition and it has been torturous waiting to read the book for the up-coming read-along. Severin Unck’s father is a famous director of Gothic romances in an alternate 1986 in which talking movies are still a daring innovation due to the patent-hoarding Edison family. Rebelling against her father’s films of passion, intrigue, and spirits from beyond, Severin starts making documentaries, traveling through space and investigating the levitator cults of Neptune and the lawless saloons of Mars. For this is not our solar system, but one drawn from classic science fiction in which all the planets are inhabited and we travel through space on beautiful rockets. Severin is a realist in a fantastic universe.

But her latest film, which investigates the disappearance of a diving colony on a watery Venus populated by island-sized alien creatures, will be her last. Though her crew limps home to earth and her story is preserved by the colony’s last survivor, Severin will never return.

Um, hello?! Alternate historical fiction – YES. I am, firstly, in love with this cover. Secondly, I simply cannot wait to pick up the book and jump into the story. It sounds absolutely fabulous and having enjoyed every single one of the books that Joyce has picked so far I just know this is going to be a winner. Make sure you head over to the Goodreads page where you can join in on the discussion about the book.

This lip balm is definitely my favourite from this company! I’ve received various different ones made after particular characters but ARGH this was is spicy. Yes. Spicy lip balm. It’s official flavour is “Space & Spice”. It’s as mind-blowing as it sounds.

There’s just something about wooden book marks, isn’t there? I love how thick they are and the way that you waft them around in public and everyone oggles at you trying to work out where you found such a magnificent piece of work.

I really like this poster too! I love the quote and it has me uber exicted to read the book all over again. If I could just find some spare wall space amongst all my other posters to put this one up . . .

The tote bag, ah, what gloriousness. I love tote bags, they’re just so useable! This one is smaller than your average so it’s PERFECT for when you’re heading out and just want to take a canvas bag with a couple of things and not look ridiculous. Plus that design is gorgeous! And finally, I won one of the weekly giveaways on Instagram in November and this was my prize! We received these coasters in a previous box as well and I just love them. Being a HUGE Doctor Who fan it feels super nifty to just casually have this gorgeous Galifreyan coasters lying about.

Music is All Around

I cannot wait to see what’s in December’s box which I will be receiving very soon! It immediately makes me think of Phantom of the Opera which increases my excitement leveles about ten fold, so BRING IT ON. 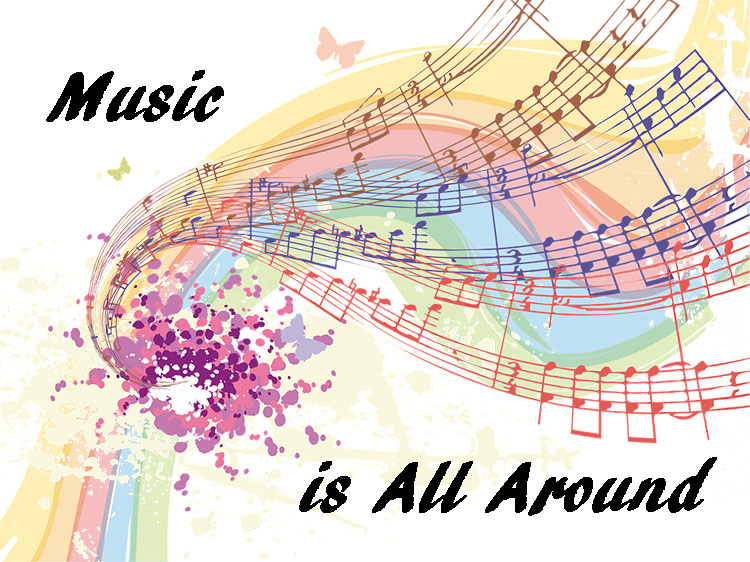 Well, I’m pretty pleased with that. What did you think?

I thought that November’s box was excellent, if not one of the best so far. It was definitely value for money and I loved all the things in it!

Want to join in on the fun in December? Visit their website . . .