I hope you’re all having a fabulous start to the week! I’m just surprised at how cold it still is. Spring is apparently undecided about whether it’s coming or going. We’re getting the odd “warm” day and then RAINTHUNDERLIGHTNINGWIND.

I’m excited to make this list today because I definitely need to remind myself ALL THE TIME about my inability to commit to series. It’s not that I don’t care about finishing them, I just have a very short attention span and like to jump from world to world as if I were playing hop-scotch.

Which is not the actual them of the week. We were supposed to talk about audio books but I’m not a die-hard audio fan. Don’t get me wrong, they can be great . . . I’m just more of a read-with-the-eyes sort of person. In short, I don’t have any audio books to recommend you except HARRY POTTER – because if you haven’t listened to that one then what are you doing with your life?

The A Song of Ice and Fire Series
by George R. R. Martin

I was a late comer to this game and it’s not exactly the type of series that you can speed read through. I’ve read the first book so far and am planning on taking down the second one next month so I AM going to get there! And who knows, I might even catch up at the rate that Martin is writing the next book.

The Die For Me Series
by Amy Plum

I surprise myself every time I think about the fact that I haven’t finished this series. I enjoyed the first two books IMMENSELY and bought the third one with great enthusiasm.  I was absolutely desperate to know how things were going to wrap up. But did I actually read it? NOPE. Why? I honestly have no idea – but I will! Soon!

I’m quite a fan of Hocking’s Tryll Trilogy and I’ve read the first couple of books for her Watersong series. I’ve enjoyed it so far and I love how easy her books are to read. But despite buying the rest of the series I’ve not actually finished it yet. I feel like I am falling so far behind with all the books that Hocking has written that I’m not going to be able to catch up soon!

If I had a good reason for why this hasn’t been read yet, then I could explain why this is still incomplete. I LOVED the first book – I believe I may have even put it on my all time favourites list. However, I just have not got around to finishing the silly thing since buying the first few books in the series. This really does need to change.

The Selection Series
by Kiera Cass

To be fair, I was a little late to this party, too. However, these books are a couple of hour’s worth of reading – they’re so light and fluffy and QUICK. And I’ve really been enjoying them. So far I’ve read the first two books but I do own the next two. And I really just want to catch up (is the series finished now? is Cass writing more?!). Maxom is adorable.

I read Eragon a couple of years ago now, but I just did not continue with the series. Which is crazy. I think you’re all probably aware of my borderline extreme obsession with dragons? Well. Clearly there’s something wrong with me for not having just read this series in one fell swoop because GOOD GOD was the first book amazing. 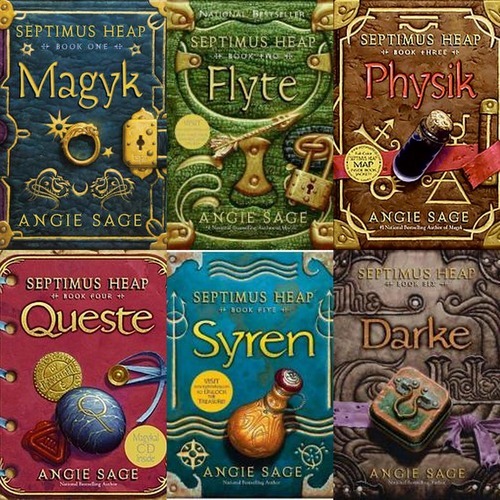 This is a series that I shame myself for not having read. At some point, maybe even this year, I’m going to sit myself down and marathon the entire series. Although I think I might be missing the last book. I read the first one yonks ago but despite being gifted the boxed set with pretty golden spines, I did not continue reading. I disgrace myself.

I finally own the last book to this series! If I’m being honest, the reason this has not been completed is because I was waiting to get my hands on a matching copy of Bitterblue for ages and it just wasn’t happening. Thankfully, my uncle and aunt got me the book for my birthday this year and it’s in the beautiful original cover! So it doesn’t match but I could not care less. I need to collect this series in both editions (and also finish reading it).

The Iron Fey: Call of the Forgotten Series
by Julie Kagawa

I feel like you might be surprised about this one. If we’re being picky here, I have read the original series in its completion and loved it and died of feels. However, I have only read the first book in the spin-off series and clearly that’s not good enough. I think I have a subconscious fear of this series actually ending, so I’ve been avoiding it. This series is LIFE.

The Inkworld Series
by Cornelia Funke

And let’s crown this list by bringing up a series that I STILL. HAVE. NOT. READ. If you could properly get angry with yourself and shake your fist and whack yourself over the head, that is what I’d be doing. And this is going to get read this year. WATCH ME. I have exactly zero reasons as to why I stopped reading this but I shall have words with my 15 year old self and dive right back into Inkspell. I’m sure I will get around to this soon.

Another Tuesday done! What’s a series you’ve STILL not finished?