It’s October! Which means it’s time to do another book haul. You won’t believe how tame I was in September – SO TAME. I only have three books to share with you today. Which is unbelievable, I know. Who’d’ve thought I had it in me to not buy ALL the books!?

The World Before Us
by Aislinn Hunter 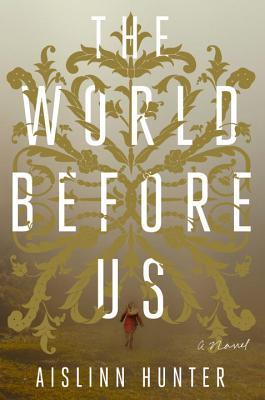 “Deep in the woods of northern England, somewhere between a dilapidated estate and an abandoned Victorian asylum, fifteen-year-old Jane Standen lived through a nightmare. She was babysitting a sweet young girl named Lily, and in one fleeting moment, lost her. The little girl was never found, leaving her family and Jane devastated.

Twenty years later, Jane is an archivist at a small London museum that is about to close for lack of funding. As a final research project—an endeavour inspired in part by her painful past—Jane surveys the archives for information related to another missing person: a woman who disappeared more than one hundred years ago in the same woods where Lily was lost. As Jane pieces moments in history together, a portrait of a fascinating group of people starts to unfurl. Inexplicably tied to the mysterious disappearance of long ago, Jane finds tender details of their lives at the country estate and in the asylum that are linked to her own heartbroken world, and their story from all those years ago may now help Jane find a way to move on.”

This came in my Read & Relax blind date with a book box for September (a company on instagram @restrelax1 who I’m a rep for, you can use BOOKSNAIL10 to save when you shop there). I’m really excited about this one and thrilled that I didn’t already have it!

A Deadly Education
by Naomi Novik

“Lesson One of the Scholomance

Learning has never been this deadly

A Deadly Education is set at Scholomance, a school for the magically gifted where failure means certain death (for real) — until one girl, El, begins to unlock its many secrets. There are no teachers, no holidays, and no friendships, save strategic ones. Survival is more important than any letter grade, for the school won’t allow its students to leave until they graduate… or die! The rules are deceptively simple: Don’t walk the halls alone. And beware of the monsters who lurk everywhere. El is uniquely prepared for the school’s dangers. She may be without allies, but she possesses a dark power strong enough to level mountains and wipe out millions. It would be easy enough for El to defeat the monsters that prowl the school. The problem? Her powerful dark magic might also kill all the other students.”

Big thank you to Pan Macmillan for sending me a copy of this – I’m about a third of the way through it so far and really enjoying it. It came out at the very end of September so you should be able to grab a copy of this now in bookstores!

Leave the World Behind
by Rumaan Alam 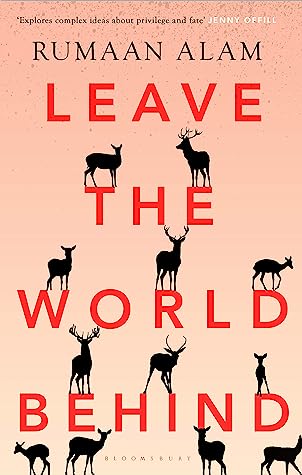 “A magnetic novel about two families, strangers to each other, who are forced together on a long weekend gone terribly wrong

Amanda and Clay head out to a remote corner of Long Island expecting a vacation: a quiet reprieve from life in New York City, quality time with their teenage son and daughter, and a taste of the good life in the luxurious home they’ve rented for the week. But a late-night knock on the door breaks the spell. Ruth and G. H. are an older black couple—it’s their house, and they’ve arrived in a panic. They bring the news that a sudden blackout has swept the city. But in this rural area—with the TV and internet now down, and no cell phone service—it’s hard to know what to believe.

Should Amanda and Clay trust this couple—and vice versa? What happened back in New York? Is the vacation home, isolated from civilization, a truly safe place for their families? And are they safe from one another? “

I was thrilled to receive a copy of this from Bloomsbury so thank you very much for this!! This book is slated to be released 20 October 2020 and I think it sounds awesome! I can’t wait to dig into it.