I received a copy of this book in exchange for an honest review, thank you

This book caused me so many deliberations when it came to deciding what to rate it. Ultimately, I enjoyed the story that Kitty Hawk had to offer, however, I did have several issues with it. My reaction to it for the first half what that it was a solid 2 stars – but as the story progressed it got miles better and I would sit the second half as a 3-starer. So I’ve evened it out. It’s a fun adventure story with a few flaws but I do think that this must be a cute adventure series on the whole!

Kitty Hawk and the Curse of the Yukon Gold

This book follows a young Canadian girl on an adventure to Alaska where she’s supposed to spend her time studying whales. Instead, she ends up getting caught up in a gold stealing scandal and the story takes turns you’re not expecting.

Kitty flies a plane. This is very cool. She’s a vivacious character with a love of adventure and, on the whole, quite relatable. The book was a unique adventure story, written very well and clearly a lot of research and effort has gone into it. These were factors that stood out for me as I was reading it and made it compelling to read.

We get to face questionable criminals who kidnap Kitty and steal gold. We go hiking on mountains. Most importantly, or should I say excitingly? We pull epic stunts in planes. It’s a pretty great children’s book, in my opinion for the adventure in it . . . although not quite suitable for kids.

I liked Kitty, first and foremost. I thought she was a really great character; she reminded me of another fictional character the whole way through and although I couldn’t quite put my finger on it, for some reason Geronimo Stilton, of all things, comes to mind.

She’s quite inspiring – and definitely wise for her age (about most things). I thought her research project to study whales was fascinating and whilst that was an unexpected like 30% of the story it was still interesting.

I loved the setting of the book. I don’t think I’ve actually ever read something set in those regions within Alaska and Canada and thought the historical stories that haunted those places were really cool.

I mostly loved her plane however. I love planes and I love the idea of flying – although I don’t think I’d ever make a pilot myself. Some of the things Kitty could do in that plane was awesome and she was definitely giving the Amelia Earheart vibes.

The writing was great. I rarely read a book and think anything particular of the writing style but for whatever reason, the way this one is written is good. I enjoyed reading it for that. Even if the format of my copy was sometimes trialling (small font!!!!). Also the actual ending to the book was perfect and this won me overly just slightly – I wish the whole book had been like that! This meant that despite the issues I’m going to pick at next, a brief look over the story casts it to be one of great adventure and a harmless little story. Almost.

I have one huge issue with this book and this is what gave it the low rating – I was going to rate it even lower if the ending hadn’t been so crazy good. Kitty reacts in the complete wrong way to her kidnappers.

Near the beginning of the actual story to the book, she thinks she’s spotted the gold thieves who are on the run and, at nighttime, decides to go and investigate. She’s caught. Now, any other sixteen-year-old girl in this situation would be terrified for her life. Sure, maybe Kitty is tough – but these are four roughened, grown men who have tied her up, kept her hostage and threatened her life.

You’d be scared right? Trying to escapes left right and centre? At least consistently thinking about escape even if it wasn’t feasible? Lying? Being uncooperative? Not Kitty. No, Kitty spends her entire captivity completely okay with it. This is so, so, so wrong. It was nearing the territory of Stockholm syndrome in what essentially felt like children’s fiction; this is only something I would consider acceptable with good reason for Kitty to start trusting four roughened, grown men who have threatened her life.

She spends her time mildly thinking of escape, cooperating with their efforts to steal gold and even offering advice and eventually the usage of her plane. It was at this point in the book that I nearly put it down.

Fiction is fiction, but this was beyond unrealistic and made me very uncomfortable and very disappointed. There was literally no given indication that Kitty should trust these guys – even if they put up a friendly front and called her ‘darling’. No. There’s a thing called acting + being kidnapped in the woods. This was the biggest draw back on the book for me and concerned me greatly.

There was also so much time spent on the whale situation. Like I said, it was interesting – but because we spend so much time with Kitty in her plane looking for whales we don’t hit and active and exciting plot until about 50% of the way through.

And it’s not until about the 80% mark that the really good stuff happened. This was my biggest struggle with this book – it was filled with great potential, an exciting story and a great character but not enough happened. I needed that action to be more consistent and for Kitty to react more appropriately to her real life situations.

Like I said, overall I’m sitting this at the mid-way point with a 2.5 stars out of 5. I enjoyed it, but I won’t be continuing the series. I can’t justify the time I put in to reading the story for the small amount of adventure and action that appealed to me, personally. I think there are plenty of people out there who this would appeal to but I hesitate to recommend it based on the subject of Kitty being highly irresponsible in her actions concerning her kidnappers and the sort of message that puts out there. However, kudus to Reading for really great writing and impressive research that has gone into this book.

If you like a good adventure story with an intriguing plot, The Ruins of Gorlan is for you

If you love action and adventure on a big scale, Percy Jackson and the Lightning Thief is for you

If you enjoy following daring-do heroines on adventures, Emilie and the Sky World is for you 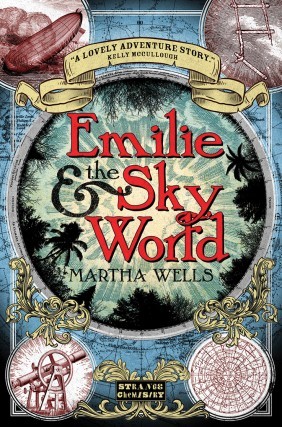 Have you read Kitty Hawk? What did you think? 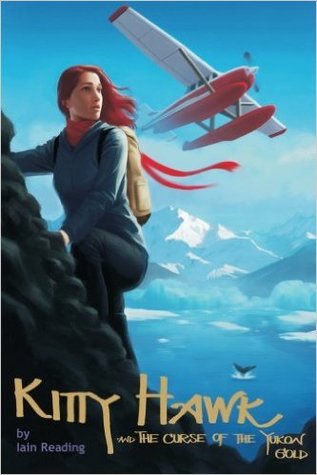