I don’t even know what to make of this book. I really enjoyed book one but damn this book was a new level of weird. It was packed with new adventures and creatures and birds in lungs and songs I couldn’t quite imagine, but I’m just not sure if I loved it. I think this wasn’t quite the sequel I was hoping for – I love Aza and Jason’s characters and their love story, despite all this, will definitely always be one of my favourite star crossed love stories. I enjoy the world of Magonia but I just didn’t quite click with this book. I think I’ll reread both books back to back at some point because I need to get my head around this world better and then I might enjoy this book a bit more!

After reflecting on my feelings about this book for a while, I’ve decided that it just lack the magic of the first book. Aerie picks up from where we leave off in book one and follows the story as Aza continues to explore her true heritage. It looks at the complications that happen in her relationship with Jason and it ramps up the weirdness to a new level.

If you weren’t keen on book one, don’t read book two: you won’t like it. I don’t hate this book. I don’t love this book. I found it lacking – nothing specific, just generally lacking. The characters were good but not amazing, the plot existed but failed to amaze, the magic was simmering, the weirdness lacked purpose. The book needed more clarity and overall the story simply could have ended after book one. I fail to find a reason for book two’s existence.

Where Does Book Two Go?

If you haven’t read book one, leave now or be spoiled! Skip down to the summary.

Book two continues the story on. I think it’s pulling at strings and lacks the depth of the first book; there’s no beautiful love story blossoming in the background and there were many confrontations that just didn’t happen – but more on that later.

Aerie takes us back into the sky where Aza’s biological mum has escaped from prison and is ready to destroy the on the land to claim the resources needed to sustain the Magonians. And her sister, Eli, has been kidnapped, so better save her. The story spins itself by drawing Aza back to the sky as she struggles to cope with a normal life back on earth – especially as she’s had to assume a new identity (considering the ‘skin’ she was in previous has . . . expired?)

She’s very clearly torn between the two worlds and this was a great starting point: how do you just go back to normal life? Yeah, you don’t. Except the story stopped being about Aza’s self discovery stories and became a parental battle of knowing where your loyalties lie and a relationship strain between girlfriend and boyfriend after Jason gets mixed up in stuff he clearly shouldn’t. I MEAN, WHO HAS THEIR GIRLFRIEND WATCHED?

There were some random plot elements that began somewhere and ended no-where and by the end of the book I’m left questioning what actually happened? In the most literal sense. Where was the plot development? When did it thicken? Did it thicken? Etc. I feel like my opinion of this book becomes more and more negative as time passes.

A Lack of Confrontations

If you haven’t read THIS book, then leave now for there are spoilers ahead! Skip down to the summary.

One of the things that frustrated me the most was the way that everything seemed to building up for this epic meeting of characters and a battle of some sorts. I was hoping that Aza would meet Zal and they would do some awesome fighting, maybe fight to the death? Battling for their power and right alongside awesome space armies.

Now I am reviewing this a couple of weeks after reading, but if I remember rightly, the two literally do not confront each other. The (singing) battle ends up being between Zal and the Flock. So yeah. And Dai just doesn’t happen in this book. He’s constantly mentioned and thought about by both Aza and the reader, does he feature? No. We never get a nice, cool battle from him. We just worry about him for approximately 300 pages and then we go, actually I can’t really be bothered explaining this character. LIKE, COME ON.

So it’s all hint, hint, hint at a confrontation that never eventuates. Let’s not even bring up the lack of discussion between Jason and Aza – if someone places security cameras around your house and alerts a secret agency to your movements to ‘keep you safe’: RUN. AWAY.

Hinting and Then Nothing

There were some pretty big things left open ended. When we first go looking for Eli, the character come across this underground monster of sorts and there’s a lot of weird things going on there. Like, there are evil trees. I thought this was a cool concept and was excited to read it but it’s only there for a chapter and doesn’t reappear or be mentioned for the rest of the book. I’m left sitting here wondering why it was in the story anyway.

Next, the Flock himself. A really cool concept and I did like this father-daughter reunion. But the Flock can sing with all these different birds right? He’s the last of his kind right? But why. The number of birds he sings with has no bearing on the story at all pretty much because Caru is who we actually care about – and there was no reason for him to be ‘different’ other than to throw some more spanners into the works. It doesn’t actually come into the story after that point and I just don’t get what it brought to the table?

Then there’s the underground, secret agency that captures aliens (etc) and monitors a bunch of things. WHY. I mean great, Aza gets captured and it’s Jason’s fault and he realises how messed up he was. But they don’t come into the story at the end, they’re not brought down, they’re just left alone.

In the end, this book missed the mark just by a little bit. I was uninspired reading it in comparison to the first one and I just wish things had developed a bit more logically. There were too many ideas in one book especially considering it was a sequel and finale to the series. Nothing new should have or needed to be introduced in this book and truth be told, I’m not convinced we really needed a sequel. So 3 stars for being a somewhat enjoyable read and mostly engaging but yah, not sure I’d recommend this. Bonus points for a pretty cover?

If you like your Sci-Fi with a side of weird, The Hitchhiker’s Guide to the Galaxy is for you.

If you like your Sci-Fi withOUT weirdness, A Thousand Pieces of You is for you.

If you like stories with a bit of otherworldliness, The 57 Lives of Alex Wayfare is for you. 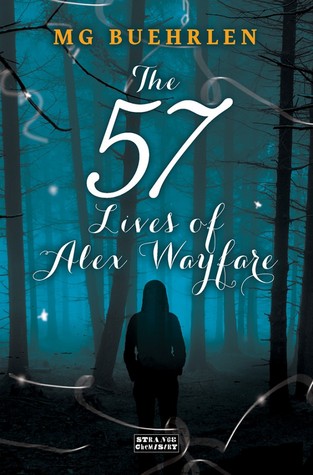 Have you read Aerie? 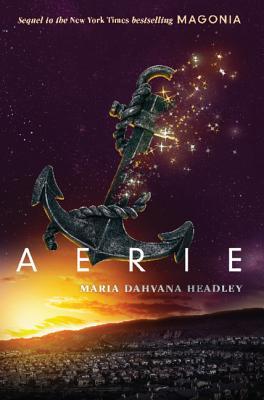