Doctor Who: The Price of Paradise by Colin Brake A super action-packed Doctor Who adventure with nasty monsters and plenty of entertaining moments. I particularly liked how this one had a large focus on the planet itself that the Doctor and Rose visit and not just the aliens that they meet.

The Price of Paradise

The Price of Paradise is a really exciting and quite action-packed Doctor Who adventure. I had some mixed feelings reading it but overall I thought it was a good adventure. This was definitely one of those stories that was Whovian to the T but as a book was “good”.

The story follows the Doctor and Rose as they follow a stress signal of a ship that, previously, we’d found out had just about crash landed on a planet called Laylora. The people on this ship were in search of a paradise planet that was thought to be mythical – alas! It exists. Of course, being in a Doctor Who novel means that there’s absolutely no way that it’s paradise. Duh.

I thought the thrill of the adventure was good fun and very typically Doctor Who. I loved the Doctor in this one as he manages to almost spontaneously take control of every situation. We had interesting dynamics between the Doctor and Rose, the crash-landed humans, and the native humoids of the planet (they were basically human but with four fingers, I think).

If ever you were in search of a classic Whovian story pulling the tradition plug of humans ruining everything but the Doctor finding a reason to love them and make you feel not quite so terrible about being human – THIS IS IT.

I thought these two were excellent in this book. They did absolutely everything in character and acted how I would expect them to act in various situations. I was a bit upset that we didn’t get more together time with the two of them – but as usual, the Doctor often ends up separated from his companion (either on purpose or he just loses them #TypicalDoctor).

Rose was such a flirt in this one (or at least, I imagined she was). There’s a rather dashing native bloke around her age who’s full of good ideas and reminds Rose of both the Doctor and Mickey (which I thought was an interesting combination?). But she manages to pull some tricks out of the bag and be kick-ass and useful and overall live up to her reputation as the most awesome Doctor Who companion (I’m not biased AT ALL).

The Doctor was really funny in this one. We got to see one of my favourite sides of him. He is often noticing things about people that just about everyone else (maybe with the exception of Rose) misses. We know there are some things up with some characters (good and bad things) and he’s on the money with his quizzical looks and thoughtful gazes.

He was all up everything that I needed and wanted the Doctor to be in this book. And he “comes to the rescue” of these people in a wonderfully eccentric manner that will make you roll your eyes – but then probably give him credit for thinking fast.

I liked a lot of things about this adventure, namely the characters and how in sync they were with their TV representatives. I liked the story and I thought we had a wealth of complex and interesting characters. Not to mention the odd splash or two or heroic deaths (it just wouldn’t be Doctor Who without that, would it?).

However, I found myself only wanted to rate this 3.5 stars without really knowing why. It ticked a lot of boxes but I think whilst this would have made a FANTASTIC TV episode, I don’t think it would’ve been one of my favourites. It definitely lacked an OH! moment when everything comes together. There’s not the biggest plot twist in this – I think I saw it coming or at least wasn’t knocked off my rocking chair at its revelation.

Overall, I thought this was a really good story that ticks a lot of boxes. I would recommend this to Whovians, especially those who have enjoyed other Doctor Who novels. I think this story slightly lacked in some areas but, yes, I thought it was good and sooo close to getting a shiny 4 star rating.

If you like Doctor Who books with moments that DESTROY you, Touched by an Angel is for you.

If you like Doctor Who books with wickedly twisty-turny plots, The Resurrection Casket is for you.

If you like Doctor Who books with some fantastic Doctor-Rose action, The Stone Rose is for you. 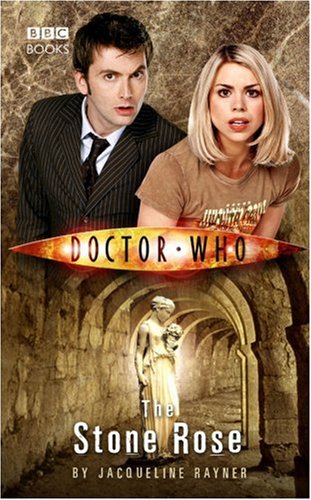 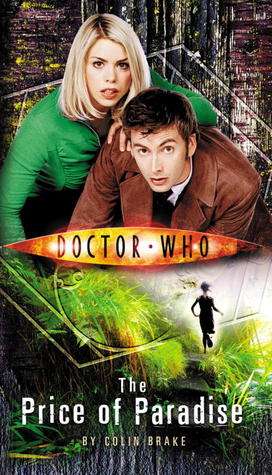 One thought on “Allergic Planets in The Price of Paradise”