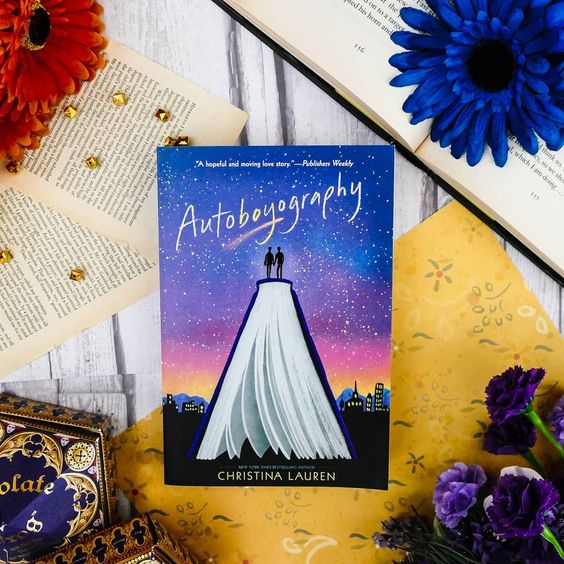 This book is such an emotional read and so good. It paled slightly for me because I read it so soon after What If It’s Us but that’s okay. I really enjoyed how the aspect of religion, particularly Mormon in this case, spiced up the complications of this love story and made a happy ending seem almost impossible. This feels like a story that’s going to stick with me.

This book somehow wasn’t actually what I’d been anticipating. I thought the challenges were going to come from a different angle. The book follows Tanner, a bisexual male who grew up in a very accepting part of LA. Moving for his mum’s work, he ends up in a small, heavily Mormon town in Utah.

The story is his journey in being re-closeted as his parents, who are the most wonderfully accepting and outwardly supporting fictional parents of their LBGT+ son, fear that as the town is so Mormon it wouldn’t be safe or easy for him to be open about his sexuality.

Of course, a spanner is thrown in his works when he meets Sebastian. Sebastian is the son of a Mormon bishop who is very devout. We agonisingly follow them through the story as they work out their feelings for each other, whether they’re allowed to have them and how they could ever be together.

The most interesting and unique thing about this book has to be the religious elements. It was such a tricky topic to tackle as being ‘actively’ gay as a Mormon was a one-way ticket to being cast out of society. The book looks at the extreme internal conflict this causes for Sebastian who can’t change who he is but knows that if he told his parents the truth they would not accept him. And there can be fewer things harsher than that.

What I like about this book though was that the religious aspects weren’t centre stage in a way that would put you off reading if you’re not one for any praying in your fiction, but also that whilst the negative aspects of Mormon belief was addressed, there was plenty of time for Tanner to research the good aspects and present those to the reader. I liked this because it wasn’t vilifying religious beliefs but appropriately pointing out the problems with them in today’s society.

Obviously, that simply meant I spent so much of this book just being so ANGRY for Sebastian that he felt so trapped.

Tanner was beautiful. He reminded me a lot of Simon from Simon vs. the Homo Sapiens Agenda with the way he thought and handled situations. I loved how obsessive he became with writing his novel and his blatant disregard for needing to produce something he could actually submit for his writing class so that he wouldn’t fail.

I think one of the most interesting things about Tanner was the fact that it changed the way this LGBT+ novel got across its message. Instead of the usual where the MC is going through a mountain’s worth of internal reflection to work out where they fit in the world, Tanner is already comfortable in his own skin and knows he’s loved. So it’s him who is encouraging, supporting and showing the way to Sebastian. There are not that many books out there that have a confident queer character who’s leading the story and showing others that it’s okay to be them.

Sebastian was a wonderfully conflicted character. He will break your heart over and over again in his attempts to work out who he is and how he fits into the world. I loved his dry sense of humour and the way he teases Tanner. But it was really hard to follow him as he tries so hard to not be who he is. You just want to shake him and tell him to own it . . . but of course, it’s not that simple for him.

August, Tanner’s best friend, was another solid character. I liked the added element of there being that undercurrent of questioning between the two of them. I couldn’t decide if I really thought it brought anything to the story, however. I *think* it does but on the whole, she was just a wicked best friend who I kinda wanted there to be more time dedicated to.

I would highly recommend reading this book when you’re in the mood of a solid contemporary that’s dealing with a familiar LGBT+ coming out story but in a different light. Tanner has fast become a favourite contemporary character of mine – he will definitely be on lists for me with Simon (Simon vs) and Arthur (What If It’s Us).

Have you read Autoboyography? 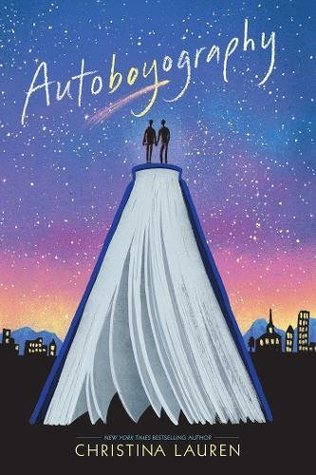