book 2 in the Falling Kingdoms series This review is spoiler free UNTIL I state otherwise

I am a Book Depository affiliate – so if you buy a book via one of the links I provide I get paid a small commission! It doesn’t cost anything extra on your behalf so it would be much appreciated if you used my links!

This was SO GOOD. This series just gets better and better and better and I cannot wait to read more! I’m so conflicted about my feelings for so many of the characters – I mean, good GOD the love triangles are getting insane, everybody loves someone else! *throws hands in air* Argh, everything about this story is magnificent and I’m seriously on tenter hooks just waiting to see what happens next. Am I allowed to say that I’m sort of beginning to really like Magnus? Is something wrong with me?

There really isn’t much that I can gush about here for ye non spoiler-y people, but allow me to try. Basically, this book is fantastic. If you’re questioning whether to read this series then I can assure you that you will be completely hooked and dying from inner turmoil of not knowing who actually has good intentions. They really aren’t kidding when they say this is Game of Thrones but in YA. I really wish those quotes would say A Song of Ice and Fire – SHEESH. Ahem.

The cliff hangers, though, THE CLIFF HANGERS. I am left yet again on an ending that has me bouncing off the walls going mad. I love how Rhodes just taunts us and wraps up the stories of each of the characters in a place that leaves us going BUT NO YOU CAN’T JUST LEAVE US NOW. It’s fantastically tortuous. There’s a lot of veery interesting character development going on here, too.

OKAY. That’s it for the spoiler-free section. Off you pop now, go and read the book and then come back. This section will contain spoilers for Falling Kingdoms from now on but none for Rebel Spring.

This book picks up nice and swiftly from the ending of the first. We have the rebels trying to be rebellious and doing a relatively not so great job of it. There’s Cleo, forced to live with the very people who stole her throne and murdered her people. There’s Magnus who’s just as obsessed with Lucia and creepy as ever. Lucia herself is still in a coma. And a bunch of other riff raff making this terribly, and gloriously, confusing.

The plot followers all these characters as they’re trying to achieve their own goals. The rebels want to overthrow the king and stop him from abusing their people as slave labour. Cleo wants to suss out what her ring is for – the one her father gave her – whilst trying to stay alive. Lucia is being visited by a Watcher, Alex, in her dreams and let’s just say I did a lot of eyebrow waggling. The king is being a tyrannical idiot, as usual. And I loved it.

Why This Was a PERFECT Sequel

I loved this story so much because everything that happened in this book made perfect sense with what has already occurred. There were no spanners in the works – even though there are really quite a lot of characters and stories that we’re sifting through, everything works and I love the brief moments where several stories touch each other in passing and then separate again. It’s glorious.

OKAY. The rest of the review is now spoiler-y for Rebel Spring itself. If you haven’t read it, then STOP reading.

There are so many things that I want to talk about. I loved the confusion of plot lines with how so many things are happening at once and everything appears to be a bit of a mess because so many individuals are working separately rather than together. I am particularly keen to see what happens with the relationship between Cleo and Lucia, because whilst they’re really hostile to each other, I have a hunch that they’re going to start working together. Cleo’s finally worked out how she can put her ring to use so I hope she does so in a clever fashion that makes her indispensable.

I love how much Rhodes really toys with our hearts too. There are so many complicated love triangles going on, it’s insane. There’s Cleo still mourning Theon’s death – but Nic is in love with Cleo, although he enjoyed the kiss that the foreign prince basically forced upon him. Then Magnus is still enamoured with Lucia, although I feel like that’s wearing off – and I really wouldn’t be surprised if he has a full character arc and falls in love with Cleo. But then Jonas is in love with Cleo, clearly, so there’s that. Which will probably get tricky because I think Lysandra is in love with Jonas now that Brion has died. Oh, and Aron is dead too so thank goodness he’s not still trailing after Cleo. GAH.

Good Guys vs Bad Guys vs Maybe Good Guys with a Sprinkle of Mischief?

The trickiest thing with this book was trying to work out what everyone’s intentions were and whether they were honourable or not. Obviously, characters like the king just need to die a slow and horrible death – but other characters such as Magnus, Alex and Lucia are somewhat ambiguous. You think you know what side of things they’re on, but by the end of the novel you really have no idea.

I’m a little confused with my feelings for Cleo, if I’m being honest. I think she has honourable intentions for everything she’s doing but there are some moments when I doubt her. I don’t like that she’s not getting cozy with Nic (because it’d love to see that happen) and I’m curious to see if she’s going to fall for Magnus. I was really not impressed with Magnus’ little display of power on their wedding night (also lol to the whole wedding thing #awkward) when he pins her against the wall and threatens her, *whacks Magnus with a frypan*.

I feel like Magnus is actually (maybe?) going to come good by the end of the series because of his subtle strength in character. I say this because whilst he usually complies to his father’s wishes, he’s finally decided to be his own man and do things the way he wants to. Or, in other words, not kill absolutely everyone. Is anyone else feeling weirdly attracted towards Magnus? HAVE I GONE INSANE?! To be fair, I’m not sure I could ever completely forgive him for how disgusting he was to Cleo on their wedding night.

I’m not sure how much I trust Alex either. His and Lucia’s characters are very odd. Lucia comes across as a sweet but secretly evil character and I don’t want her to be, *stomps foot*. She’s slipping into the dark recesses of her mind because of how powerful she is – but I’m hoping the balance that Cleo’s ring will bring will sort her out. Because I think they could seriously be an epic duo. However, I wouldn’t put it past Alex to accidentally end up murdering Lucia at this point, just sayin’.

I hated Aron the whole way through and I was so pleased that Magnus kills him. Little brat. Although, I was sort of pleased that Aron was so whimpy that he actually followed the king’s orders and killed the queen, because sheeshkebabs, that woman had gone insane.

Speaking of the king, I hated him so much. He’s so messed up it’s not even funny. Although I *do* hope he finds a way to kill Melenia because wow, she’s just so evil it makes me sick. But then it would be great if he’s subsequently crushed by a pillar – wouldn’t it have been great if that’d actually happened? I would’ve laughed so bad. He deserves it for the way he killed Mira.

I liked Jonas but I thought he was too kind for his own good. I can’t wait to see him get really badass – especially now that he’s lost Brion and has had to sort of man up a little. I’m very curious to see what happens to him. I also thought that scene between him and the Watcher after he nearly dies was quite funny when she’s all like, uh-UH Magnus, don’t you dare kill him after I just saved his butt. Of course, then the Watcher died because RHODES IS A CRUEL AUTHOR.

I’m slightly concerned for Lysandra. I’m sure she’ll be okay in her little prison with her brother, but I feel like she’s right on the edge of going mad. I also feel like Rhodes is getting ready to knock her off too. Which makes me sad.

And finally, I quite like this mysterious Prince Ashur. Can we please get a ship sailing for Ashur and Nic? Yes? Good.

I thoroughly enjoyed this book and am loving this series so much. If you like Game of Thrones, you’ll like this for sure. It’s fast-paced, action-packed, and filled to the brim with characters you’ll both love and hate to death. I can’t wait to see where the story goes next and I’m just praying that Rhodes doesn’t kill off anymore of my favourite characters, because I’m not sure I can take it. BRING ON BOOK THREE.

If you liked Falling Kingdoms, I can almost guarantee you that you’ll love A Game of Thrones. 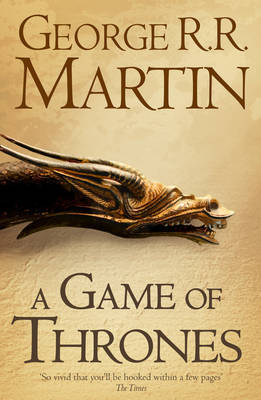 If you love your YA fantasy that messes around with crazy politics and kings, Grave Mercy is for you.

If you love your tyrannical kings who give you shivers, Defiance is for you. 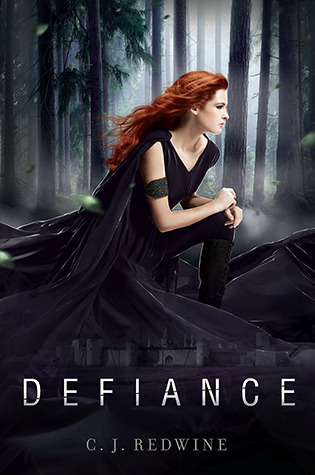 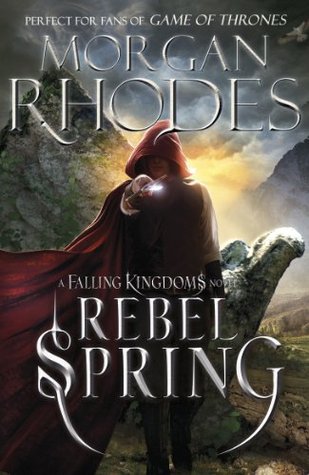 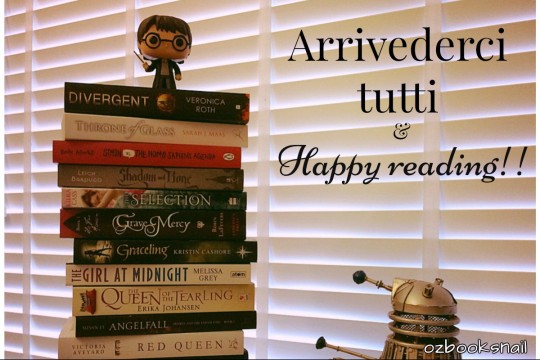