So I’ve got something a little different for you today. This year I’m trying to branch out and read more historical non-fiction like this for leisure. If you don’t know, I’m a History student at university so I read a lot of snippets from these sorts of works all the time, but I’ve been wanting to sit down and read whole books by historians because, for me, I find them very interesting. But don’t worry! 98% of my reviews and reading habits with stick to the normal YA, Fantasy, Historical Fiction shenanigans that I get up to. But I do want to dip into these books every now and then.

This was a really informative book that I found to be an easy and approachable read. I’m trying to get more into reading historical non-fiction such as this because it’s crazy how much you can learn from them. I learnt so many things reading this book which really surprised me; this is a topic that I thought I had down pact, but I was wrong. There was such an unbelievable amount of work and chores that women upheld throughout the Second World War and it makes me feel guilty thinking of how wasteful I am now.

“A lot of people who worked during the war in awful conditions weren’t looked after when it was over.”

If you don’t know much about the British Home Front, or just WWII in general, then I think this is an excellent starting point. It’s not intimidating and it’s not going to bog you down in facts. If you’re anything like me you’ll have pen and paper at the ready to scribble down all the figures and facts to learn and store away (because then you can reuse them at dinner conversations and sound wildly intelligent, am I right? *waggles eyebrows*). 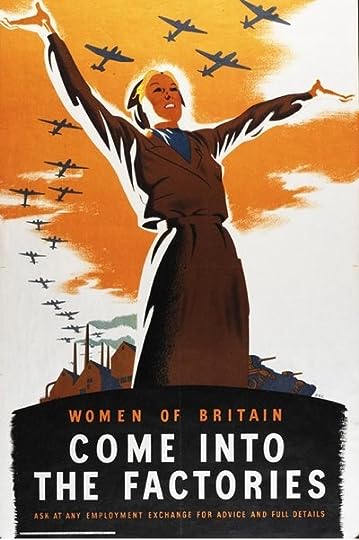 I would rate this higher but I did have a couple of hiccoughs when it came to it. Firstly, in a couple of the chapters (namely the ones on Civilian Works and War Weapons) there were just too many primary sources (something from the time, a photograph quote, for example) – all quotes and retellings of women’s experiences. Whilst this was fabulous, especially for finding out more about what they got up to in some of the factories (the horrors!) I would have liked to have seen more of Harris’ own thoughts on those matters and be more selective on how many sources she included. That being said, in the foreword she does mention that she received an overwhelming response from the community in providing these sources so I think I too would have struggled to choose and wanted to put them all in! 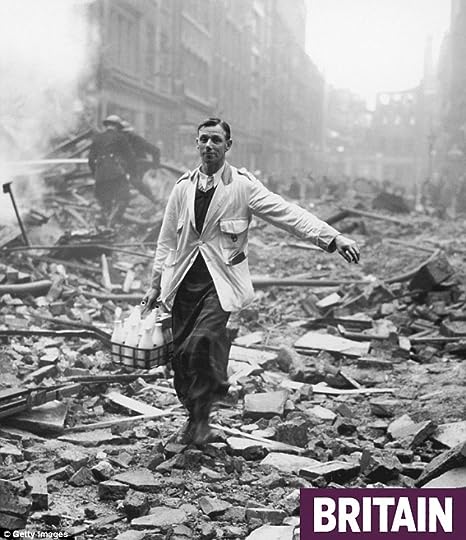 To quickly look at a couple of things that I really enjoyed about this, was the visual primary sources. These included images of rationing booklets, propaganda pamphlets, and photographs of some of the women mentioned, themselves. It was a great way to break up the text which made more easier reading. I also thought the general aim and argument of the book was done well and I’m thoroughly convinced that women are the unsung heroes of the war at the home front – they truly deserved a medal.

As a fun fact, did you know that, in general, books remained the same price throughout WWII despite the restriction on paper and otherwise inflated prices on things such as cinema and theatre?

This is well worth the read if you want a quick(ish) read to learn more about the British Home Front from the perspective of women. It’s really encouraging to read a book like this that makes me want to pick up more books to uncover more things in our past and learn about them in depth. Women’s story during WWII is definitely not one to be missed.

“Personally, I think we helped to win the Peace, through sheer persistence.”

Have you learnt anything interesting whilst reading lately? 6 thoughts on “Learning A Lot in Women At War”

Q. Have you read this? I recently destashed some books and traded about 10 for four new ones, and Catch Us the Foxes was one of them! It doesn't seem to have high ratings on Goodreads, but I've been itching to read this since it's release! Let's hope it's good 😱
Q. What obscure book would you recommend to me? A book I've seen exactly no one talking about is The Zookeeper of Belfast. This came out in 2021 and I got a copy for Christmas! I love the sound of this story (and am curious to see if it shares themes with the Zookeeper's Wife) so I can't wait to see if it lives up to my excitement!
I had a great conquest in book collecting recently. After three years of searching, I finally found a matching paperback edition of The Ruin of Kings. GUYS. Look at the matchy match!! I've been waiting to take this photo for so long 😭😍😭⠀⠀⠀⠀⠀⠀⠀⠀⠀
Q. Have you read A Deadly Education? This story was such a hoot, a magical and evil school with no teachers that set lots of challenges for students to survive! I'm so excited about having The Last Graduate in my hands - this is one of the first of many sequels to the books I read last year (ish) to land on my doorstep. Get excited for lots of me ACTUALLY continuing series this year!
Q. Do you binge read books or do you savour them? I confess I seem to fall into a third category of oh-shit-I-forgot-to-keep-reading-that 😂😂 HOWEVER, I plan to binge the Aurora Cycle!! Well, at least books 1 and 2, as I don't have book 3 yet 😅
Q. What's next on your tbr? I definitely did a happy dance at Christmas when @fionamcintoshbooks' newest book landed in my hands 🎉 All her books are so well written and engrossing and I can't wait to pick this one up (hopefully super soon!!)
Q. What was the last series you finished? I finished the Archives of the Invisible Sword last weekend and 😍😍😍😍 if you haven't jumped into this series yet you so should! Shyla and Rendor are so lovable and you *need* them in your life. This is a great, action-packed trilogy with exciting new perils introduced with each book! You won't be able to put it down. ⠀⠀⠀⠀⠀⠀⠀⠀⠀
Q. What's your favourite paranormal creature? I am absolutely LOVING what @vanessa.len_writes has done with the concept of monsters in #OnlyAMonster 😮 I have been stuck, unable to do anything but read this book over the weekend. Definitely a book to put on your must-pile for 2022 because it is so much fun. Monsters. Time travel. Escapes.⠀⠀⠀⠀⠀⠀⠀⠀⠀
Q. How do you organise your shelves? I have tried many ways over the years, but my current organisation is by genre! Which is very novel for me as I've never tried it before.
Rep post 📯 Q. What book have you been wanting to buy forever? The Paris Architect is another wishlist veteran for me - and one that finally got chosen by a family member last Christmas!! I love seeing what people pick for me each birthday and Christmas 😍⠀⠀⠀⠀⠀⠀⠀⠀⠀
Rep post 📯 Q. What's your favourite trope in dystopian books? My current obsession is climate change thrillers. Green Rising is about teenagers dealing with an Earth that is basically no longer habitable. And they're doing weird things to survive 🤨⠀⠀⠀⠀⠀⠀⠀⠀⠀
Q. What book were you most excited to be released in 2021? Defy the Night was right up there for me and LOOK I have it in my hands!! This is another addition to the tbr after Christmas and I'm so ready to read. If you don't know, this is set in a kingdom where a sickness ravages the land and only the rich can afford the cure *ooooh*
Q. Is this on your tbr? I'm PUMPED. This was released in 2018 and I've been longing to add it to my TBR ever since. It's always so exciting when people pick veterans off my wishlist and I finally get to hold the book in my hands 🥺
Rep post 📯 Q. Do you prefer female leads or male? Most of the historical fiction I read has female leads which I love 😍 I'm so excited to read Lilac Girls, it's a book I've been hyped about since it's release (in 2016!) so I really can't wait to dive in. This is WWII fiction!⠀⠀⠀⠀⠀⠀⠀⠀⠀
Q. What's a good deadly competition that you've read recently?! I'm so excited for The Inheritance Games - everyone is telling me it's giving off Squid Game vibes (have not and will not watch) so I'm intrigued!!
Rep post 📯 Q. What was the last book you treated yourself to? I went a bit wild last month, but one I really love is this edition of 1984. I somehow didn't have a copy of this, and in December I always visit one of my favourite indie bookstores to pick out a special edition - this is 2021's pick!⠀⠀⠀⠀⠀⠀⠀⠀⠀
Q. What are your reading goals this year? One of mine is learn more about climate change through books 📚 sometimes it's easy to forget that books can be more than just a story - that they can also be the greatest wealth of knowledge.
Q. Have you read this? Let's all take a moment to drool over the special edition of The Song of Achilles. I think I should make it a mission in 2022 to make sure this gets read! This book is SO pretty!
It's BOTM time! How great is the cover for the January BOTM for #TheBookStack book club?! Run by @harlequinaus (and this copy also courtesy of them 🥰), this is a great book club that is coming up with really engaging picks each month.⠀⠀⠀⠀⠀⠀⠀⠀⠀
It's time! It's the Christmas book haul!! The biggest book haul of the year 😱😱😱😱 these are all the books I got for Christmas in 2021 - an outrageous number from generous friends and family. To everyone who contributed to this immense pile, thank you so much - you know exactly how much joy this brings me ❤️📚