The Wrath and the Dawn by Renee Ahdieh 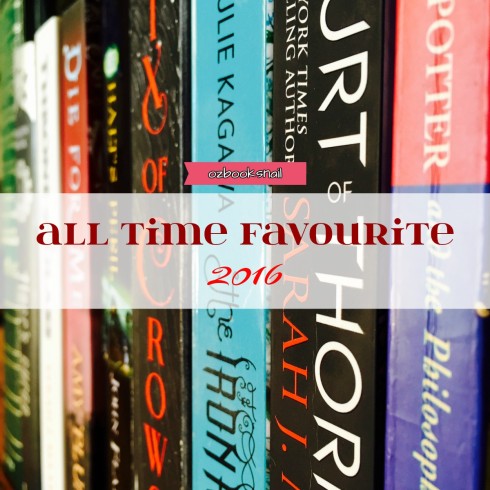 **To see any spoilers click on the link provided and you will be redirected to my review on Goodreads where the spoiler will be ‘hidden’ at the same point in the review.**

*soundless squawks* KHALID YOU PERFECT LITTLE HUMAN AHHH. I need the next book noooooww. Omfg I can’t deal with how good this was. I CAN’T.

The Wrath and the Dawn by Renée Ahdieh

Oh my goodness this book is beyond good. This book is THE greatest thing ever. Okay, I tell a lie – nothing will ever actually be better than chocolate (but it comes close). I knew that this had been ridiculously popular when it came out but I assumed it was just a lot of hype for a ‘good’ book. Nope. This 100% lives up to the hype. It’s an incredible and fantastical adventure of love, loyalty, friendship, and story telling and I need the next book. I really need it.

The story follows Shahrzad, a young girl who’s very feisty and extremely brilliant. I wish I could be more like Shazi (as she is affectionately called by her friends). She’s in love with a boy called Tariq BUT the circumstances of her city don’t allow her to have the normal happy life she deserves. Why? The King of the city, Khalid (he has a much longer name than that but I cannot remember it and I’m not even going to try), is marrying a young girl each night only to have her killed at dawn the next day. And no-one knows why. Anyone can be chosen and without an explanation things are starting to get heated – and so they should be! I’d be pretty angry if a whole bunch of my friends were executed for apparently no reason.

One of Shazi’s closest friends falls to this fate and she decides that that is it; she has to try and change things. So, what does she do? She volunteers to marry the King so that she can assassinate him. Great plan, right? Mhm, I think we all know it was never going to be as simple as she was hoping it would.

Why This Was Beyond Amazing

Ahdieh is a fantastic writer, for a start. The story telling that happens in this book is incredible and I found it very difficult to put the book down (you know, for necessary things like eating and sleeping). The whole journey unfolds in this beautiful manner that makes it seem like the events of the book are just another of Shazi’s stories. As this is a retelling of Arabian Nights (or whatever the official name of that story collection is) we do get a taste of some of those stories but actually not as many as I’d expected. I won’t go into detail as to where these stories fit in to the broader scheme of things, but let’s just say they’re brilliant and I LOVED them. They were some of the highlights of the book for me because the way that they were told made me as eager to hear their ending and know where the story goes as the listener to these stories was. I also feel very inspired to read the original and EVERY other retelling of them that is out there.

I loved all the characters that I was supposed to – the entire book is just set up perfectly. Whilst reading it I knew that this was a winner for me. I really connected with everything that went on and oh my goodness I was frustrated that I couldn’t read faster to find out what happened next. I can’t believe that I have to wait for the sequel, The Rose and the Dagger because I’d wrongly assumed that it was already out. ARGH. Nonetheless, I have it pre-ordered along with the first novella to come out, The Moth and the Flame [#0.25], (and I’m patiently awaiting for The Crown and the Arrow [#0.5] to go on sale for pre-order) and I CANNOT WAIT. 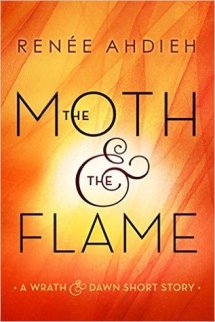 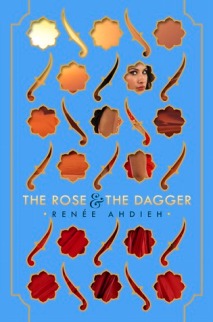 I think what I’m essentially trying to say here, is that the writing is spell-binding and the characters felt unbelievably real. I think I need a t-shirt that says #TeamShazi on it. Yes, I do.

The plot twists and veiled secrets of this book add a wonderful atmosphere of I-Have-No-Idea-What-Is-Actually-Happening – in a good way. With the basics that the King is killing women and Shazi is going to assassinate him, Ahdieh has thrown EVERYTHING back in your face to have your kneeling at the feet of the enemy with love and wishing the good guys would stab themselves in the eye already. It’s fantastic and I love a book that is able to do that so well. Books that play with your mind are THE BOMB.

The number one rule when it comes to reading this book: expect the unexpected and the more your deny your feelings the more you know you’ve fallen into the Ahdieh-web.

Obviously, given the subject matter of this theme, this book has an ‘Arabian’ feel to it. Almost exactly as it is in Aladdin. One of the my favourite, and probably silly, aspects that came from the setting was the clothing that everyone wore. I had great fun googling what everything was and failing to imagine them correctly (tis the best part of books like these, no?) and I loved imagining how beautiful Shazi looked in all her clothing. There’s a spectacular scene where she’s all dressed up to be paraded around as the beautiful and intriguing Calipha (Queen) and she’s wearing this all mysterious black kit that shows off her perfect waistline and she’s also adorned in these beautiful gems and just AHH. So amazing. If they ever make this into a movie (and they really should) then they better get these things 100% right or I will be MAD.

So let’s talk about the amazing people that hold this work of magnificence together, shall we? Most of the characters in this book I really liked – or at least I really enjoyed the role they had to play. There were only a couple who I HATED and hoped would die (or something equally horrible) in the next book.

Shazi was a fantastic and strong heroine – as I’ve mentioned. She carried the story well and was a perfect, feisty choice of personality for the story line. She’s very relatable in that as I reacted to everything that was happening around her in the story I found myself responding in an identical way to herself. I agreed with mostly everything that she decided and thought about and I want to be best friends with her. Is that so much to ask?

She’s so witty and is able to perfectly retort all the mean and horrible men who pick at her throughout – she honestly deserves a round of applause. I can’t wait to see where her story goes, especially with the book ending the way it did. Why so cruel with that ending, Ahdieh?!

I hated Tariq. At the beginning of the book he was alright, I sort of agreed with his motives but he’s very hotheaded and I knew that eventually him and I would clash heads. He doesn’t think anything through and the only things that he’s willing to do anything for are the things that are beneficial to him or solely in his interest. That being said, he did have a very cool falcon. I liked the falcon.

I found that his chapters dragged because everything that was happening in the palace was SO DAMN INTERESTING so anything that Tariq did majorly paled in comparison. I was very frustrated by his on-going presence in the book and if he doesn’t die in the second one or at least have some incredibly redeeming character arc I will scream and rampage around the house. And then I will crawl through the pages and strangle him myself. Ahem.

According to Google his name is pronounced: “Ruh-heeeeeem” – so I had a lot of fun whenever he came on to the scene parading around in my mind pronouncing his name. It’s the little things. Rahim was a cool character – he sides with Tariq (so to speak) but I really enjoyed his character. He seems to actually think things through and I reckon he’ll do something magnificent in the next book. Having said that, I bet he dies a horrific death that will leave me in the foetal position on my bed for hours. Sigh. I can feel that Ahdieh has something cruel awaiting in the wings . . .

CAN EVERY BOOK EVER FROM NOW ON PLEASE HAVE ONE DESPINA-LIKE CHARACTER? OKAY? Thank you.

Despina was wicked. Her sense of humour was ridiculously fun and this book would be sorely lacking without her. In between all the stresses of what is going on she provides a wonderful light-heartedness through her bluntness and rude quips at Shazi and it was fantastic. I cannot express enough how much I loved her. She’s like Molly Weasley but younger and Greek. Got it? Excellent.

Actually pronounced how it’s spelt (J like the ‘J’ in jam) – so again, more hilarious parading around in my mind. Aside from that I thought Jalal was another fantastic character. He distinctly reminded me of someone else but I can’t put my finger on the character. I’m sure it’ll come to me as soon as I’ve finished this review. He was Khalid’s best friend and probably the only reason that he managed to stay sane. He was one of those characters that jokes around all the time but is actually deadly serious about things, ridiculously melt-worthy, adorably cute when concerned about things, and more loyal than a dog. YES. HE’S THAT CHARACTER. I loved Jalal an—— OH, I remembered! Jalal reminds me of Lucien from A Court of Thorns and Roses (Sarah J. Maas). Okay, I don’t think I need to say anything more.

Khalid is the evil boy-King who you will probably love. I don’t want to say too much about his character lest I give anything away but let’s just say that he’s not all he seems. There were a lot of things that were very mysterious surrounding Khalid and I NEED him and Shazi to be a thing. Oh my goodness he made my knees go weak. It’s so obvious how much he cares for her and I desperately want there to be a way that they can happily be together and ride off into a sunset (and maybe trample Tariq along the way…?). This guy, whew. I think he is officially my ULTIMATE fictional boyfriend. Step aside Ren, Ash, Tamlin, Tamani, Dorian, and Morpheus – there’s a new guy in town!

Everything about this book was perfect and I’m dying over the fact that I have to wait for the sequel. I cannot wait to see where things go and if Ahdieh doesn’t keep writing books like these I will rampage through the universe. Everyone should read this book because IT. IS. AWESOME. I think I need to sit down for a bit to cool off. I get flustered just thinking about this book. Gosh, May seems an awful long way away – I can’t wait that long *tantrum*. This book feels like a comfy old pair of slippers with how great it was and how much I loved it. Just go read this book – you won’t regret it AT ALL!

Have you read The Wrath and the Dawn?
What did you think of it? 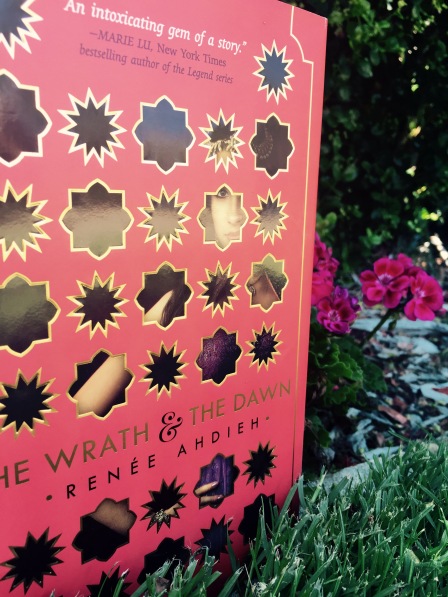